Our team of qualified archaeologists, GPR specialists and administrative support staff have decades of relevant professional experience and local knowledge, as well as a solid reputation with a wide range of proponents, government agencies and Aboriginal and Torres Strait Islander stakeholders.

Our Company Director and Principal Archaeologist, Dr Mary-Jean Sutton has more than twenty years experience on the ground delivering Aboriginal and historical heritage management and archaeology, having successfully delivered hundreds of complex archaeological projects.  Dr Sutton is widely published in academic journals and has been successfully awarded grants for a range of research and collaborative community heritage projects as well as acting as a specialist heritage advisor to major corporations, including in the provision of expert advice and reviews of cultural heritage legislation and policy to academic, commercial and research organisations. 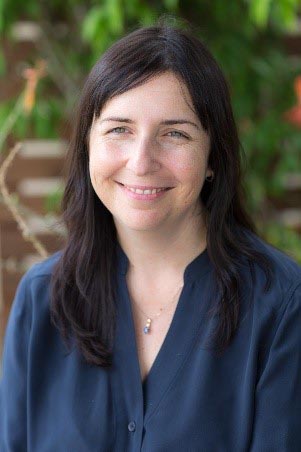 Mary-Jean has managed many complex Aboriginal and Historical Heritage Assessments as part of the Environmental Assessment process for Major State Significant Projects in the mining, infrastructure and residential development sectors and with government agencies. Mary-Jean has experience as a heritage adviser to corporations and has prepared expert advice and reviews of cultural heritage legislation and policy to academic, commercial and research organisations.

She is also experienced in the preparation of relevant permits and consents, test excavations, salvage investigations, due diligence and desktop reviews, management plans, inductions and training packages and consultation. Mary-Jean has extensive experience working with many Aboriginal communities on projects throughout Australia and regularly collaborates on Indigenous community based research projects, particularly in Northern New South Wales, Newcastle, Sydney and Cape York regions.

Bernadette has worked as an archaeologist since 2005. Bernadette commenced her career at the Museum of London Archaeological Service where she spent two years participating in excavations and recording across the UK of prehistoric settlement and knapping sites; Bronze Age, Iron Age, Roman and Medieval settlement and industrial sites; Roman and Victorian burial sites; and WWI and WWII heritage sites.

Since returning to Australia Bernadette has had extensive experience working both in historical and Aboriginal archaeology across Queensland and New South Wales and has acted as Excavation Direction on both small and large-scale survey and excavations. Bernadette was also team leader for an extensive three-year program of site identification and mapping, in conjunction with Traditional Owners, in remote far western Queensland, with the aim of protecting and preserving significant Aboriginal sites.

She is currently involved in the preparation of several Aboriginal Heritage Impact Permits in the mid and north coast of New South Wales.  Prior to obtaining her degree in archaeology, Bernadette completed a Bachelor of Arts (Psychology) from the University of Queensland providing her with a key skill set including interpersonal relations and communication, negotiation, conflict resolution and creative approaches to problem solving.

This skill set has proved an asset in her current field, expediating her ability to work effectively with local and state government agencies, clients, Aboriginal communities, private landholders, other stakeholders and co-workers. 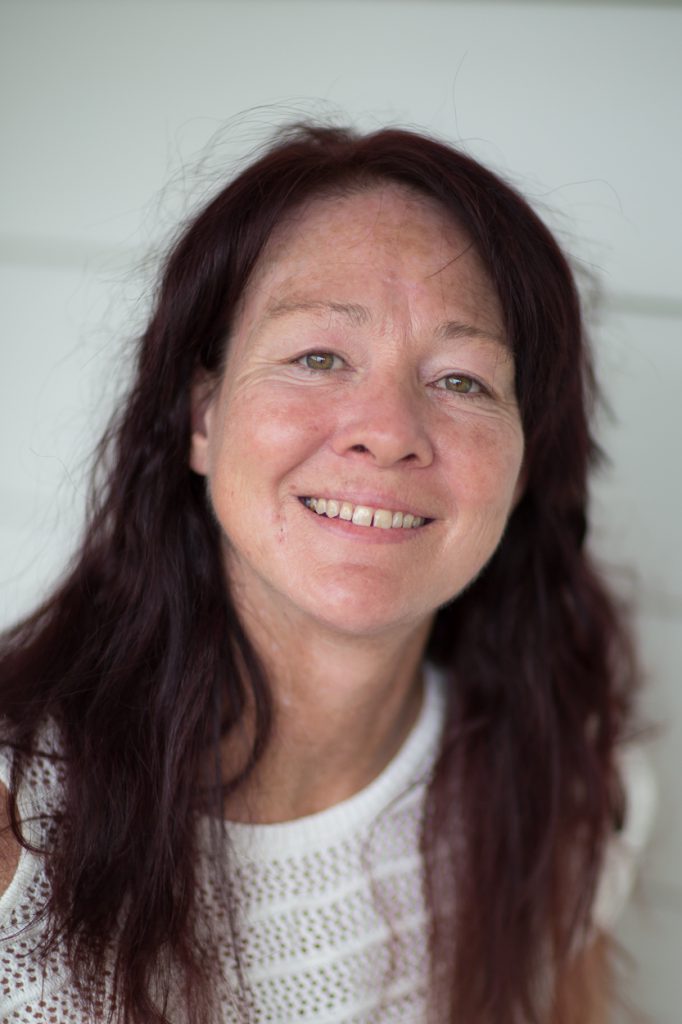 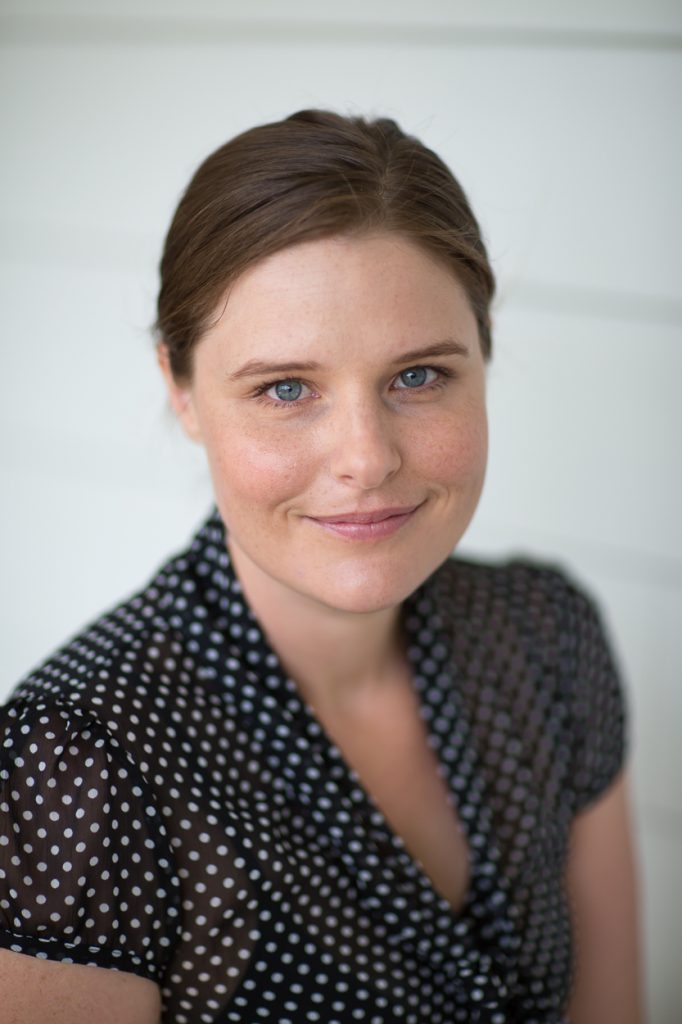 Emma has managed large scale Aboriginal archaeological sub surface investigation and survey programs and through this time has developed excellent relationships with statutory agencies and local Aboriginal community groups. Emma is also well versed in Aboriginal and historical artefact identification, recording, and analysis. She has a PhD Archaeological Science specialising in geochemistry including U-series dating, major and trace element analysis and isotope (Sr-Nd-Pb) analysis; palaeoclimatology; and cave survey and excavation.

In addition to her experience in Australia, Emma has conducted archaeological consulting and research projects on important Pleistocene and Holocene sites in Indonesia, East Timor, Papua New Guinea and New Zealand. Emma’s doctoral research was based on the island of Flores in Indonesia, at the location where the high-profile scientific discovery of Homo Floresiensis, or ‘’the Hobbit’’, was made.

Emma has extensive excavation direction experience working on coastal and inland sites in Australia, Indonesia and PNG, including working at depth, in caves and in sand deposits. Emma continues to publish in academic peer-reviewed journals and maintains a continued research affiliation with the School of Social Science’s Archaeology Department at the University of Queensland as an Honorary Fellow. She continues to be involved in international and Australian archaeological research projects and is well published in her field.

Elle has worked as an archaeologist since 2015 with experience as a consultant throughout New South Wales and the ACT. She has worked on a diverse range of projects since 2013, her Master of Archaeological Science research was a spatial distribution analysis of Aboriginal sites on the south coast of NSW and she has worked on research projects in Australia, the Pacific and Europe.

Elle has expertise in GIS and planning and has assisted in analysing assemblages of stone artefacts spanning Pleistocene to Holocene occupation from both inland and coastal sites in NSW.
Elle has experience in Aboriginal community consultation and has worked in collaboration with Indigenous communities, stakeholders, statutory agencies and clients in Australia and overseas. 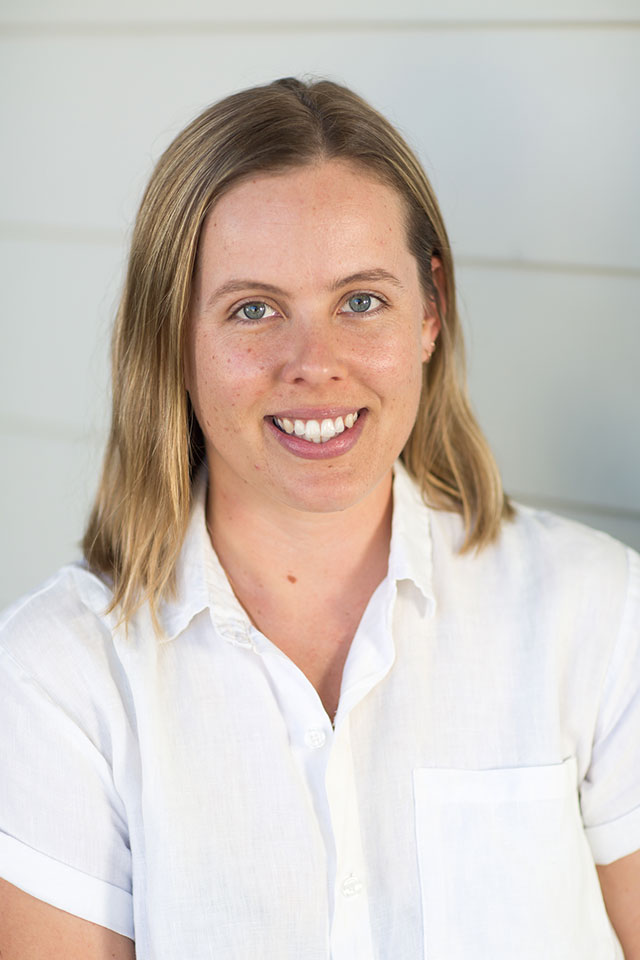 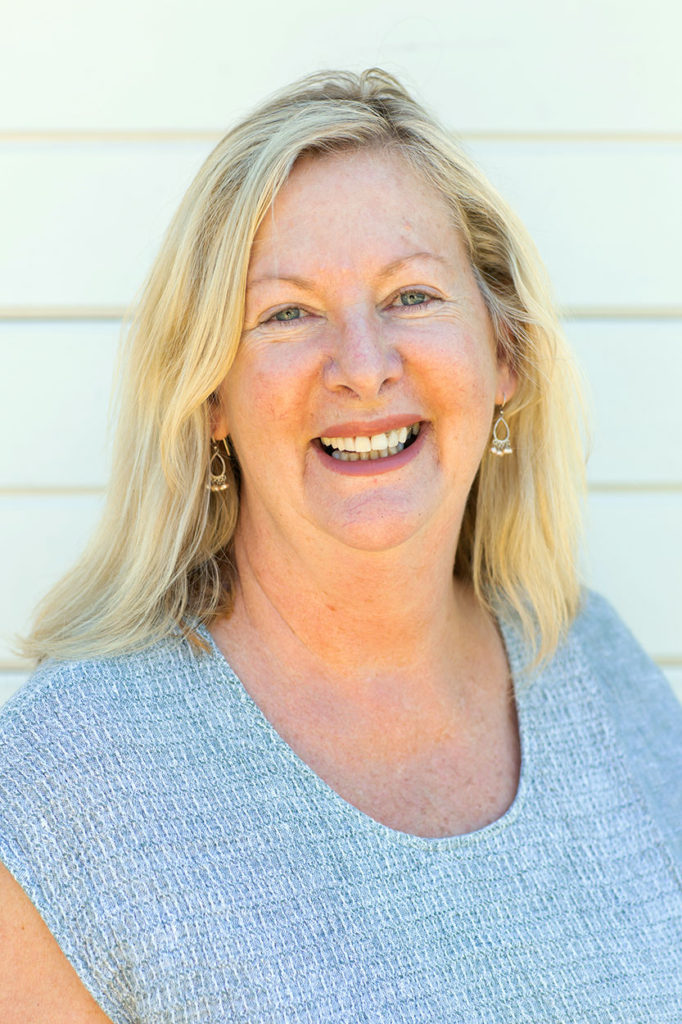 Her professional background includes managing numbers of cultural heritage and educational projects organised with the University of Sydney and participation in archaeological projects and landscape surveys in Greece and in Cyprus. Prior to commencing as a sub-consultant in 2002, Gina was an administrator at the University of Sydney, as well as with public health organisations and advertising agencies. Through her roles in these diverse agencies, she has gained invaluable experience with communications and with management.

Gina has now consolidated a sound knowledge of relevant State and Commonwealth heritage and conservation legislation and guidelines. She has a demonstrated capacity to provide heritage advice and guidance for a range of private and public clients and to translate for them the complexities of planning and heritage legislation.

Julian has worked as an archaeologist since 2006 and has been involved in a variety of projects that span both Aboriginal and historical archaeology and holds a Bachelor of Arts Honours degree in Archaeology from The University of Queensland. Julian has extensive experience producing Aboriginal archaeological assessments, and due diligence reports requiring project management, extensive research, report writing, Aboriginal community liaison, and personnel and fieldwork management.

Julian also has experience in conducting and supervising Aboriginal and historical archaeological surveys, excavations (manual and mechanical) and monitoring programs. Julian has undertaken the detailed recording and analysis of Aboriginal stone tools for significant infrastructure, mining and development projects and produced the corresponding salvage reports. 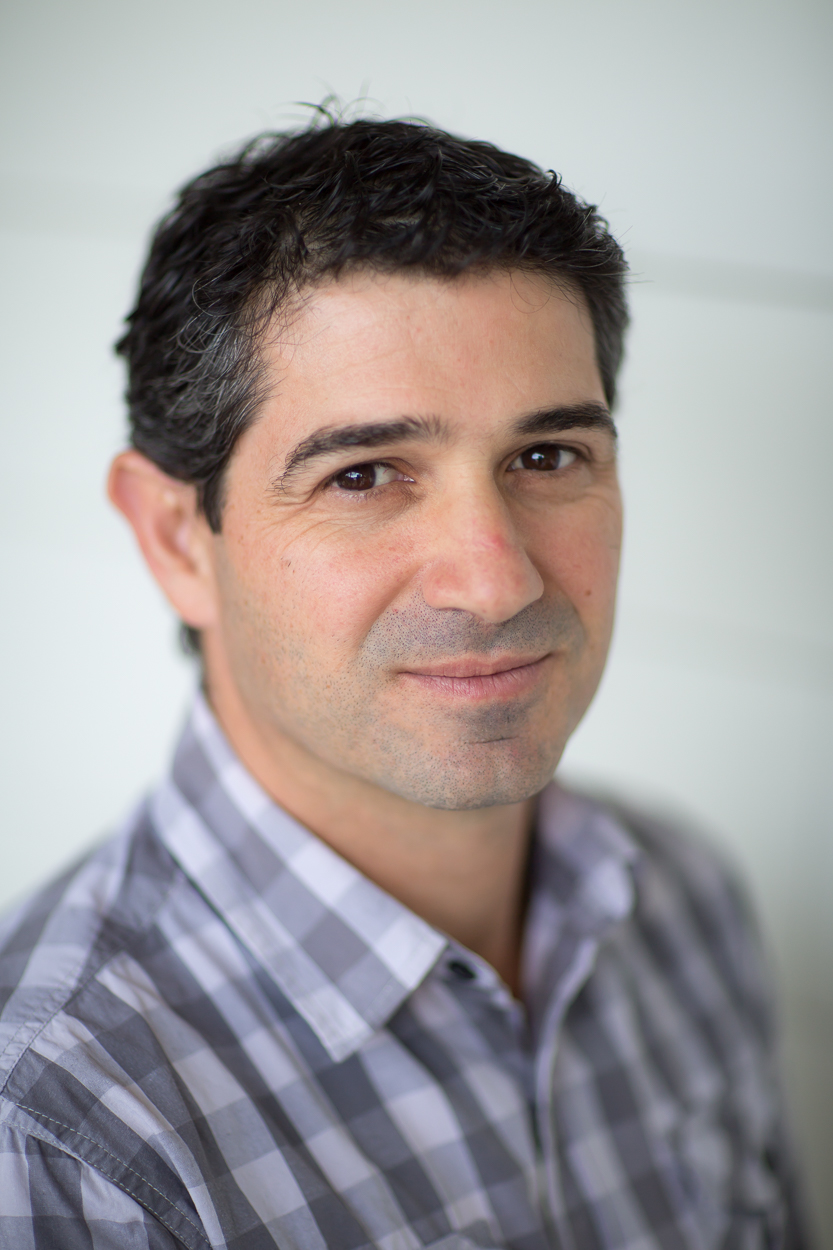 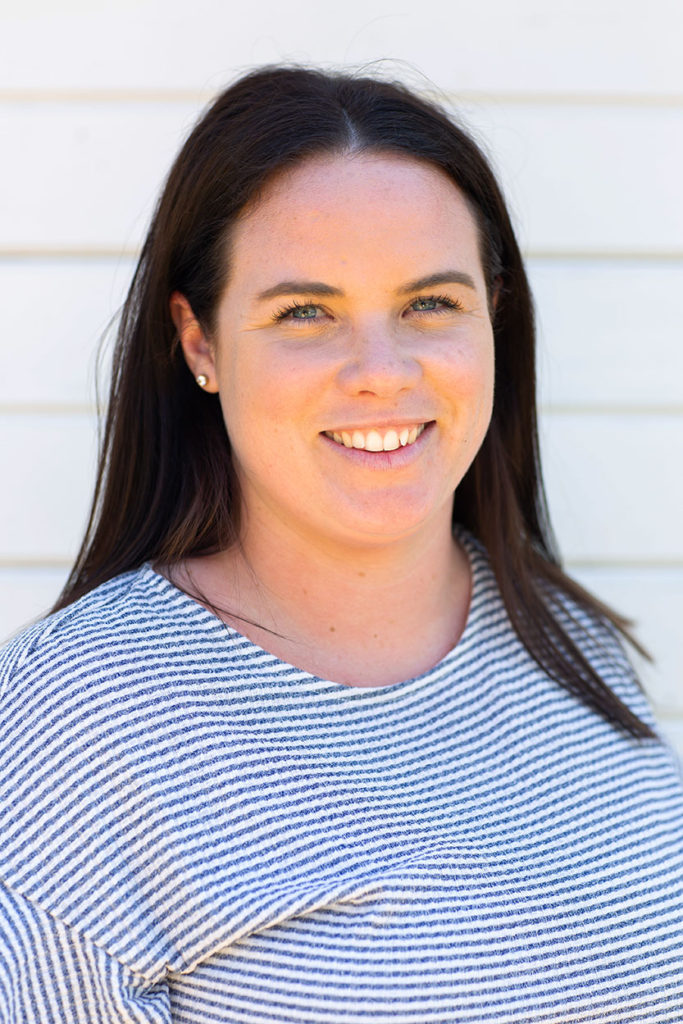 Kelly joined Virtus Heritage in August 2019.  She has well over 10 years experience as a legal secretary in Brisbane. Kelly is currently obtaining her Certificate IV in Bookkeeping and Accounting. Kelly is assisting in a wide range of Aboriginal cultural heritage and historical archaeological projects including as Consultation Co-ordinator and Head Administrator.

Kelly’s great grandfather Edward Edwards was born in Goodooga, New South Wales and was part of the Muruwari tribe.  She is passionate about working in this role and working with communities to assess, protect and manage their cultural heritage. As Consultation Co-ordinator, Kelly works with other team members to co-ordinate community consultation protocols and documents for our clients and Aboriginal parties and organisations.

Xan is our Creative Director and Consultation Coordinator. Coming from a versed background in design and studying at London College of Art UK, she made her way to Australia where she is now a citizen.

Xan is managing our brand, graphic design, marketing and digital media amongst organizing events and assisting our archaeologists with their work. She has a passion for communication and the social sciences, particularly Psychology and Sociology which has propelled her towards a sound understanding of the diversity of culture and individuals.

Her aim at Virtus Heritage is to ensure Aboriginal heritage and culture is expressed though our work in a true and relevant fashion as directed from our Aboriginal affiliates. She works closely with communities and individuals to understand and share with consent, the local community’s artwork and language, through the reports and material that we produce for our clients and for our mission as a whole. 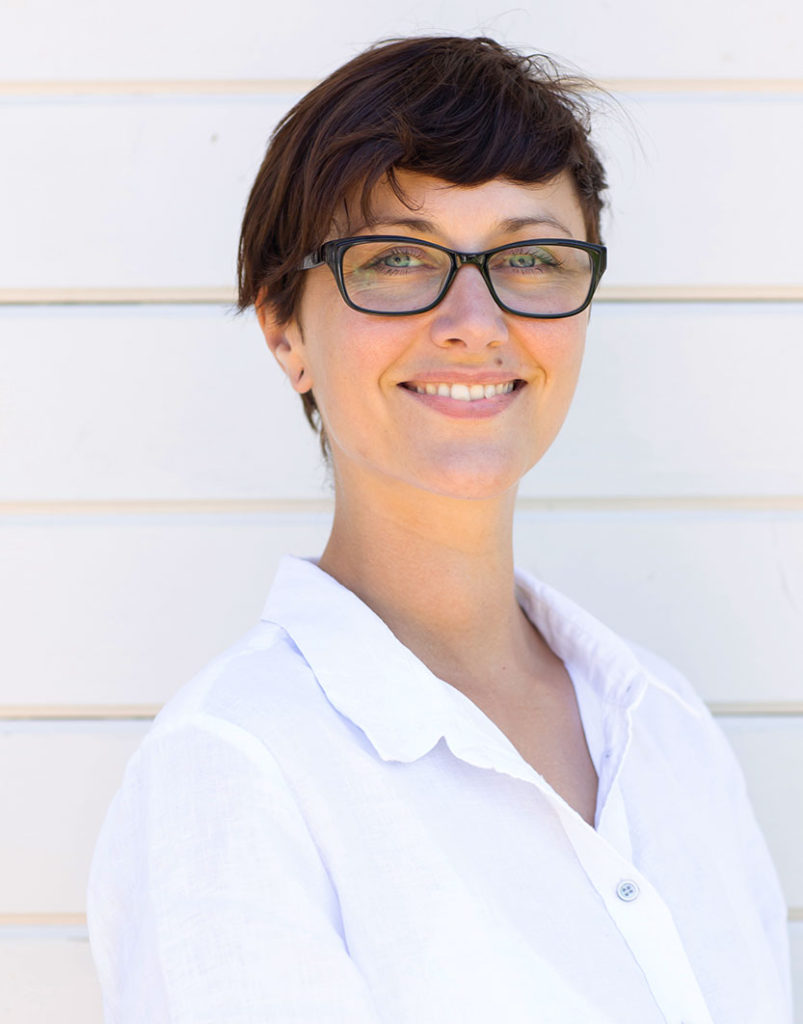 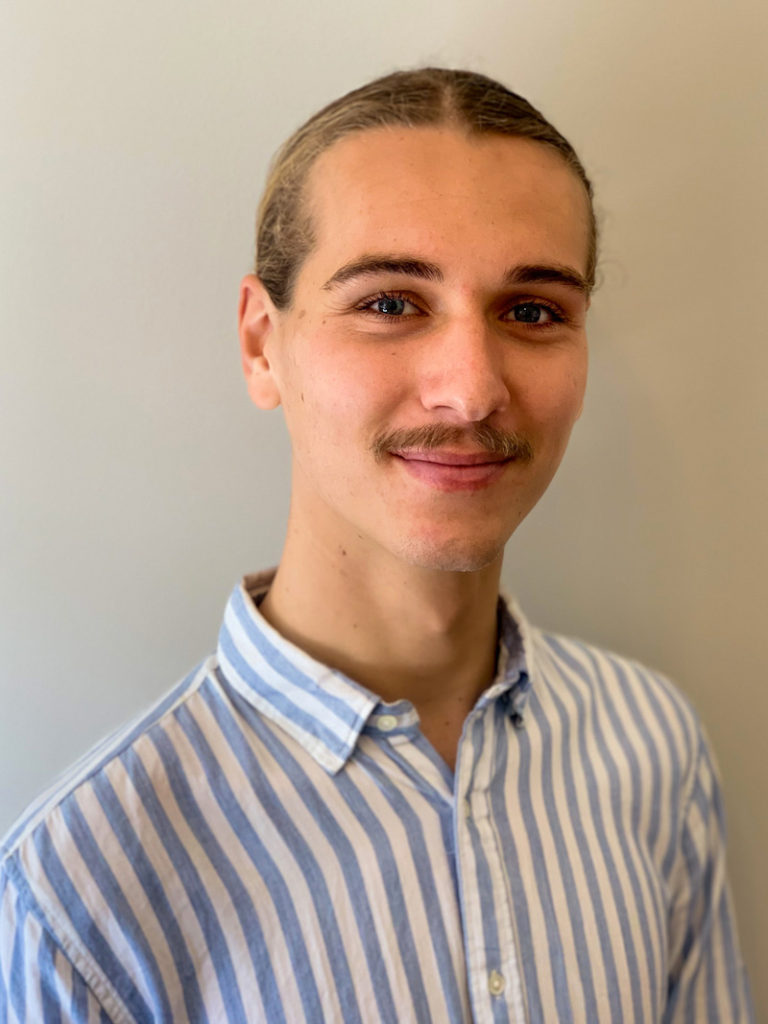 Harrison is currently completing his final year of Bachelor of Science at the University of Newcastle, where he is completing a double major in Earth Science and Geography.

Throughout his degree, Harrison has gained experience in environmental impact assessments, fresh-water ecology sampling, and has specialised in environmental GIS and Remote sensing applications. Harrison has gained experience in mapping the impact of sea level rise on coastal communities and infrastructure, shoreface bathymetric profile changes along the NSW coastline, and remote sensing of coastal habitats including mangrove forests and seagrass meadows.

Harrison has a broad range of experience with GIS systems and applications and is passionate about expanding his GIS skills and abilities into the field of heritage consultancy.

You can toggle right click protection within Theme Options and customize this message as well.

You can also add shortcodes here.